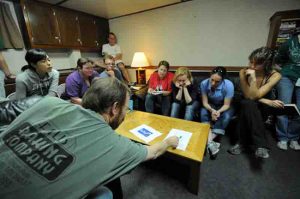 Chief scientist Ken Buesseler describes sampling activity at each of the stations during a science meeting aboard the R/V Ka’imikai-O-Kanaloa (KOK) prior to departure. (Photo by Ken Kostel, Woods Hole Oceanographic Institution)

We are under way. At 2:30 p.m., our Japanese pilot came aboard (very dapper in his blue suit and fedora), a tug tied up to our stern, and by 3:00 sharp we had slipped our lines and were edging away from the dock into the busy Tokyo Harbor traffic. Tourists on the upper deck of the international ferry terminal waved us off and a soaring raptor dipped its wings in the updraft from our stacks.

Our trip will study the fate of radiation released into the ocean from the Fukushima Daiichi nuclear power plant that was badly damaged by a tsunami on March 11. There was probably little, if any, doubt in the mind Ken Buesseler, the chief scientist, that we would eventually be under way, but there were some difficult times over the past weeks when permissions to sample in Japanese waters were still in limbo. Added to that is the inevitable mountain of detail and mountain of gear that must be put into order to organize a cruise of this scope and complexity. But he and the others were able to make it all happen, and in near-record time.

There are still things that could go wrong, unforeseen complications that might arise, but we’ll deal with those in time. For now, one major hurdle has been surmounted: we are at sea and our bow is pointed to open ocean. Tomorrow we’ll make a test cast of the instruments and nets to iron out the kinks in our sampling procedure. Two days from now, we’ll be on our first station and all the mountains of paperwork, the late-night phone calls, and rushed planning will matter not one bit. All that will matter is the information we can tease out of the ocean. 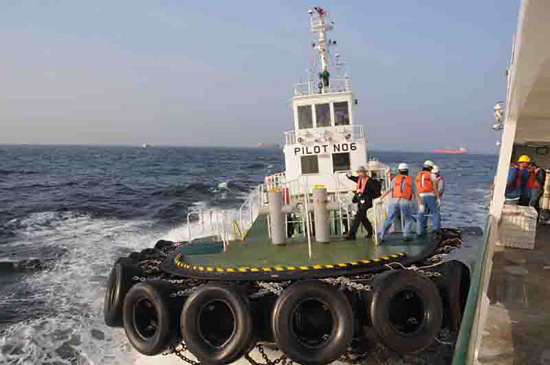