GEOTRACES is an international collaborative project studying marine biogeochemical cycles of trace elements and their isotopes in the ocean. Trace elements, critical for marine life, influence the functions of ocean ecosystems and the global carbon cycle. Elements may also be of specific concern as contaminants. The mission of GEOTRACES is "To identify processes and quantify fluxes that control the distributions of key trace elements and isotopes in the ocean, and to establish the sensitivity of these distributions to changing environmental conditions."

Cafe Thorium has been involved in GEOTRACES using Thorium isotopes to examine the biological carbon pump. Most recently this has involved a cruise from the Alaska to Tahiti between Septemer-November 2018 and from the Aleutians to the North Pole between August-November 2015. These projects are described below in more detail. Data is found both in the right columns for each cruise section and on the DATA page.

Also publicly available are two GEOTRACES Intermediate Data Products - containing data from many GEOTRACES cruises by both the U.S. and international teams.

U.S. GEOTRACES is planning to extend its meridional transect that was begun on the 2018 GP15 Alaska-Tahiti expedition south to the Antarctic ice edge and then east to Chile. This cruise is currently planned in two legs beginning in the Fall of 2022. Information can be found on the US Geotraces website. 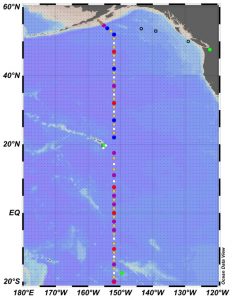 This route allows for the examination of strong margin fluxes, atmospheric dust deposition and the ends of the hydrothermal plumes from the Juan de Fuca Ridge and East Pacific Rise. Find out more about the route on the following blog site: GEOTRACES GP15

About MIT-WHOI PhD Student Jennifer Kenyon on the cruise

BLOG by onboard by Science Writer Alex Fox

Read this article: A Change Has Come in the Arctic by MIT-WHOI PhD Student Lauren Kipp about her experience on the Healy tracking radium in the Arctic. 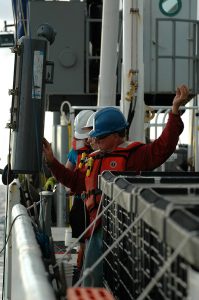 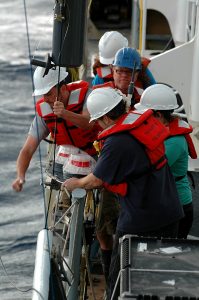 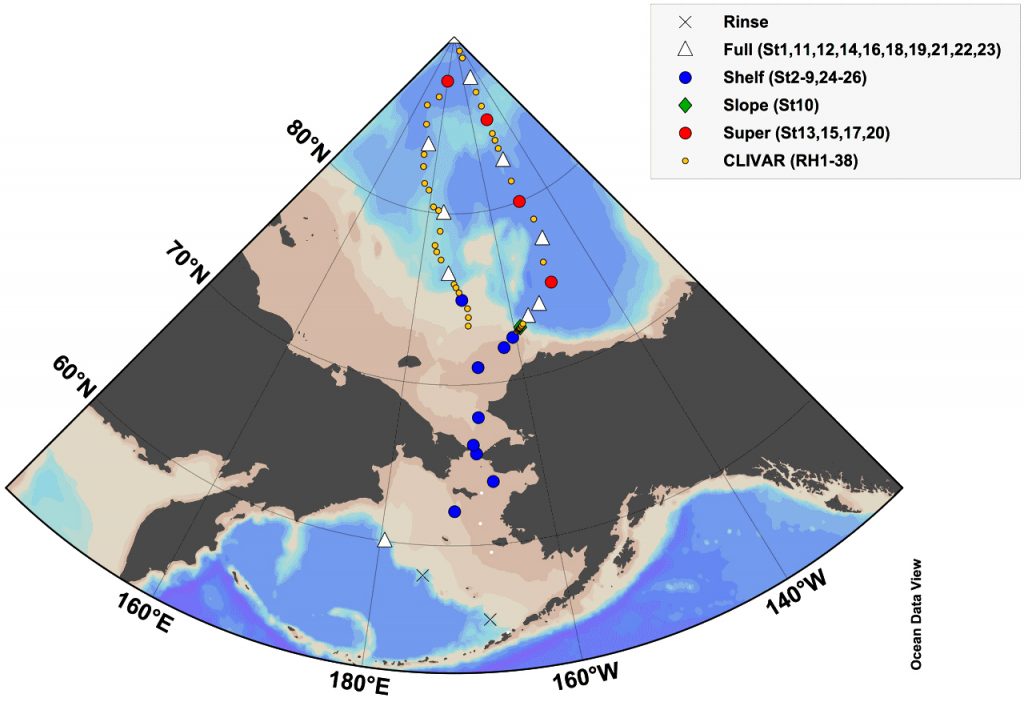 The National Science Foundation under grant No. OCE-1458305

Rates of supply, removal and internal cycling of trace elements and isotopes

The primary cruise design motivation was to improve knowledge of the sources, sinks and internal cycling of Trace Elements and their Isotopes (TEIs) by studying their distributions along a section in the North Atlantic. The North Atlantic has the full suite of processes that affect TEIs, including strong meridional advection, boundary scavenging and source effects, aeolian deposition, and the salty Mediterranean Outflow. The North Atlantic is particularly important as it lies at the "origin" of the global Meridional Overturning Circulation. 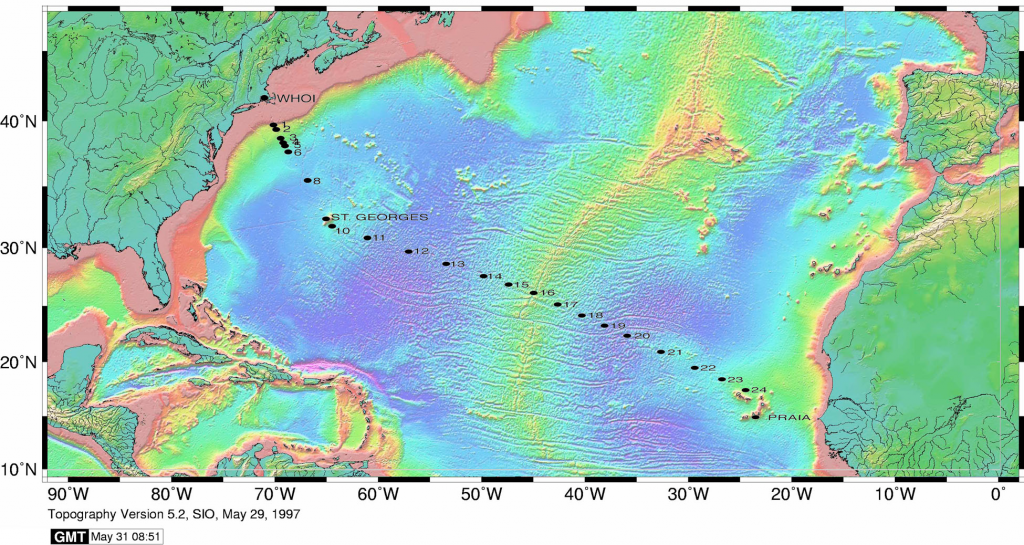 Station locations on the North Atlantic Transect on the R/V Knorr (source: www.bco-dmo.org)