Why Dump Iron into the Ocean?

In the late 1980's, the late John Martin advanced the idea that carbon uptake during plankton photosynthesis in many regions of the world's surface ocean was limited not by light or the major nutrients nitrogen and phosphorus, but rather by a lack of the trace metal iron. Correlations between dust input to the ocean (which is the major source of iron) and past climate changes and CO2 levels, led Martin's to exclaim "Give me half a tanker of iron and I'll give you the next ice age". Over the past decade, scientists have been looking at the ocean iron cycle in more detail to better understand these links. At the same time, in light of increasing greenhouse gas CO2, there has been commercial interest in fertilizing the ocean with iron as a possible mitigation strategy to reduce atmospheric CO2. Our group has been focused on the export of C, or flux of sinking particles that would be associated with waters either artificially enriched with iron, or such as might be found naturally in association with dust inputs or for example in melt waters surrounding Antarctica. 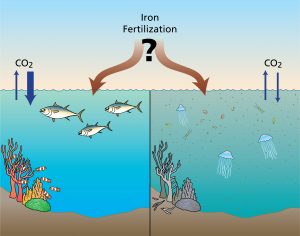 The SOFeX program, which ran from 2002-2007 involved 76 scientists from 17 different institutions. Dr. Ken Johnson (MBARI) is chief scientist on the R/V REVELLE, Dr. Kenneth Coale (MLML) on the R/V MELVILLE and Dr. Ken Buessler (WHOI) on the POLAR STAR.

Fertilizing the Ocean with Iron: Should we add iron to the sea to help reduce greenhouse gasses in the air?
November 12, 2007 - Oceanus WHOI

Why dump iron into the Ocean? (PDF) Power Point presentation

The Southern Ocean Iron Experiment (SOFeX) involves two of the largest ships in the UNOLS fleet, the R/V REVELLEand the R/V MELVILLE  operated by the Scripps Institution of Oceanography. In addition, the U.S. Coast Guard Coast Guard Cutter POLAR STAR will participate in the experiment after leaving its duties at the Antarctic U.S. base on McMurdo Sound. The R/V REVELLE left New Zealand on Jan. 6, 2002 to be followed 15 days later by the R/V MELVILLE headed south towards the Antarctic continent. Both ships will be out for approximately six-week cruises concluding back in New Zealand. The POLAR STAR will be leaving McMurdo Sound around Feb. 12 and will berth in Hobart, Tasmania approximately four weeks later.

The aim of the SOFeX project is to investigate the effects of iron fertilization on the productivity of the Southern Ocean. The results of this work will contribute significantly to our understanding of important biogeochemical processes which bear directly on the global carbon cycle, atmospheric carbon dioxide concentration, and climate control

In particular, Cafe Th will lead export studies which utilize thorium-234 as a tracer of surface ocean particle fluxes. Thorium-234 has now been widely used as a tracer of scavenging in the oceans and to calculate POC export in the upper ocean (summarized in Buesseler, 1998, GBC 12(2), 297-310). Thorium-234 activities are generally lower than its parent 238U activity in the upper 100-200m- the so-called 234Th deficit- and this deficit tends to be largest in coastal settings and during blooms. Thorium-234 fluxes on sinking particles are calculated from a knowledge of the source (from 238U decay) and loss terms (234Th decay and sinking). In fact, by following the Fe bloom in a lagrangian fashion over time, we will obtain the most precise estimates of export since we are not constrained by unresolved physical effects on the 234Th balance, and time series samples allow for non-steady state modeling which is critical for understanding export dynamics. If the 234Th export rate can be quantified (from the 234Th activity balance), then POC or PON export fluxes via sinking particles can be determined simply by multiplying the 234Th export rate by the measured ratio of 234Th to POC or PON on sinking particles (POC flux = 234Th flux * [POC/particulate 234Th]; summarized in Buesseler, 1998).

In addition to the 234Th work, we will also sample for major geochemical (i.e. C budget- DIC, DOC, POC; nutrients; particles; metals) and biological parameters (pigments, plankton tows).We will coordinate retrieval of drifting optical and sediment trap moorings that would be left in place by the SOFeX team.These continuous measurements from moorings will be a key window into processes- including export- that take place while we are not on site, and provide for a convenient fix on the position of the patch as we try to re-occupy the site.

The results thus far from two iron fertilization experiments have been stunning- large patches of the ocean turn green with increased plankton growth.But we need to know more.Essentially, it is not enough to create a plankton bloom, but you need to have the removal of plankton to the deep sea as they die or are eaten by the marine zooplankton, otherwise carbon dioxide will just burp back into the atmosphere as the algae decompose.The question of increasing the sinking flux of carbon to the deep ocean remains open, since our studies at WHOI have indicated that the effect of iron on C removal is quite varied.One study showed large C fluxes in the equatorial Pacific, while this latest study in the Southern Ocean showed no removal (see: Fertilizing the Ocean with Iron Annual Report 1999)

The bottom line is that many scientific and public interests are coming together which propose the use of ocean iron fertilization to reverses the global greenhouse effect.Industrialists already see this as a simple and cheap engineering solution to a huge social problem.However, two important questions remaining are 1) Will it work?, and 2) What are the ecological consequences?This proposal focuses on these questions by taking advantage of the USCG icebreaker to extend in time the SOFeX study.This is a rare opportunity to join a cruise that would answer an important question on the role of Fe in carbon sequestration that has considerable scientific merit and which already has garnered significant public and business interest.

To slow down carbon and cool off the planet, ocean fertilization gets another look
Science, Dec. 15, 2021

We gratefully acknowledge the support of the U.S. National Science Foundation.

All data collected on this project can be found here: 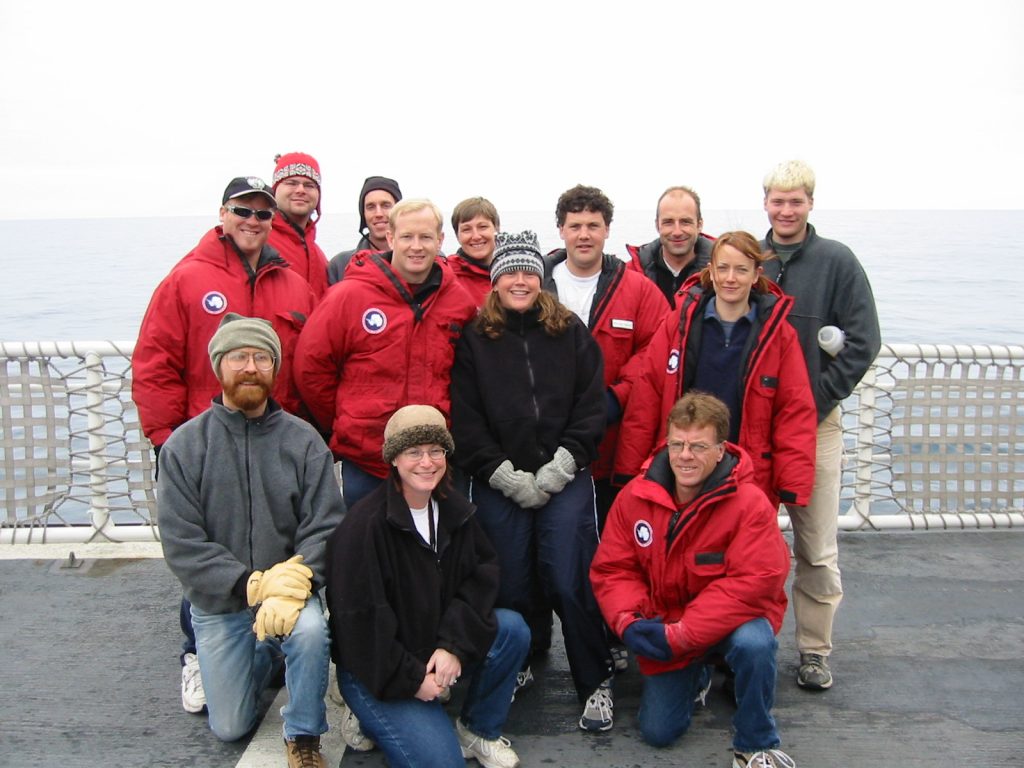 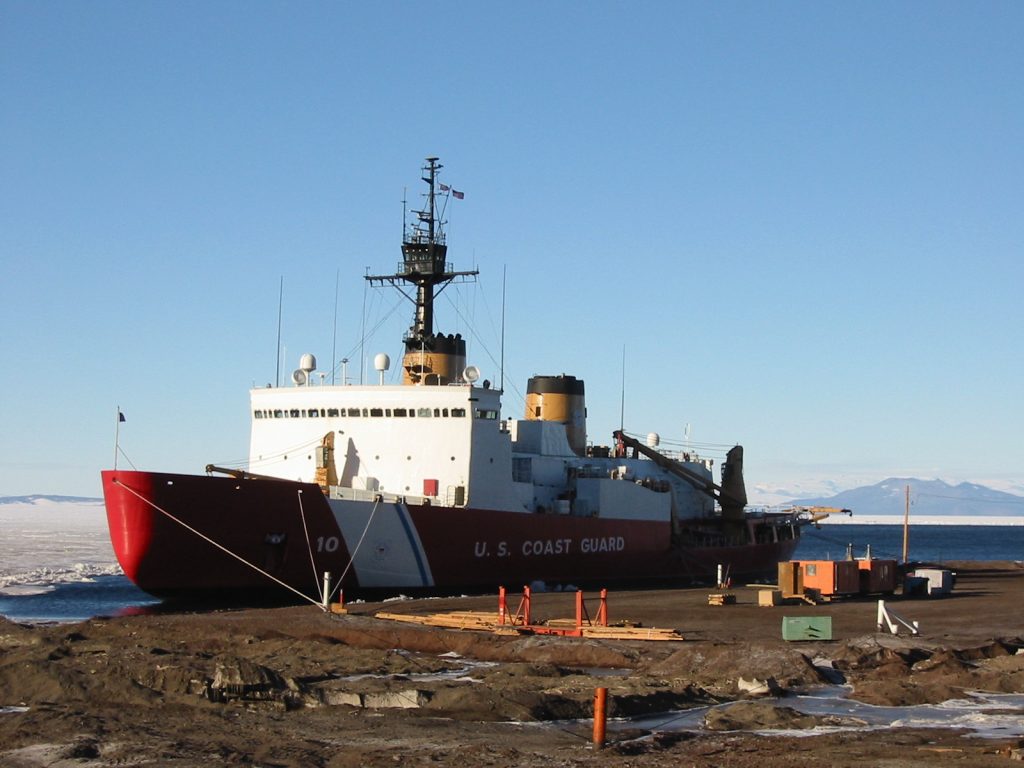 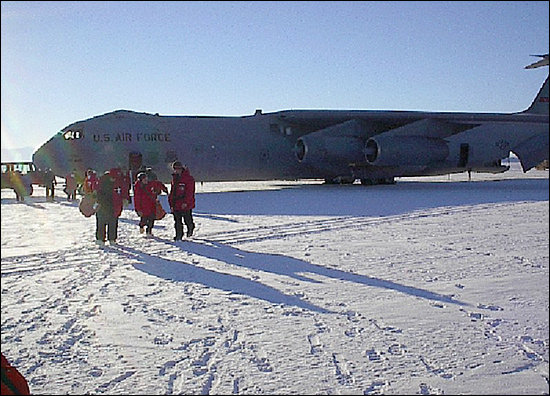 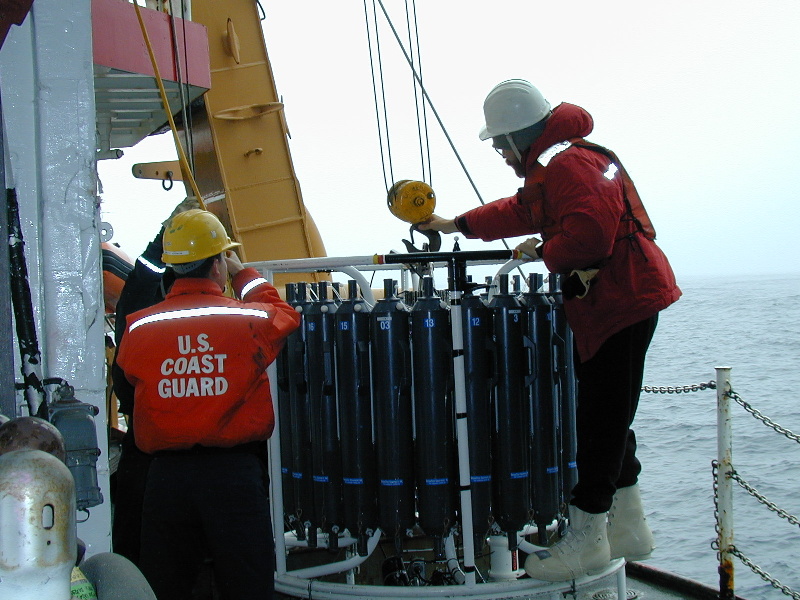 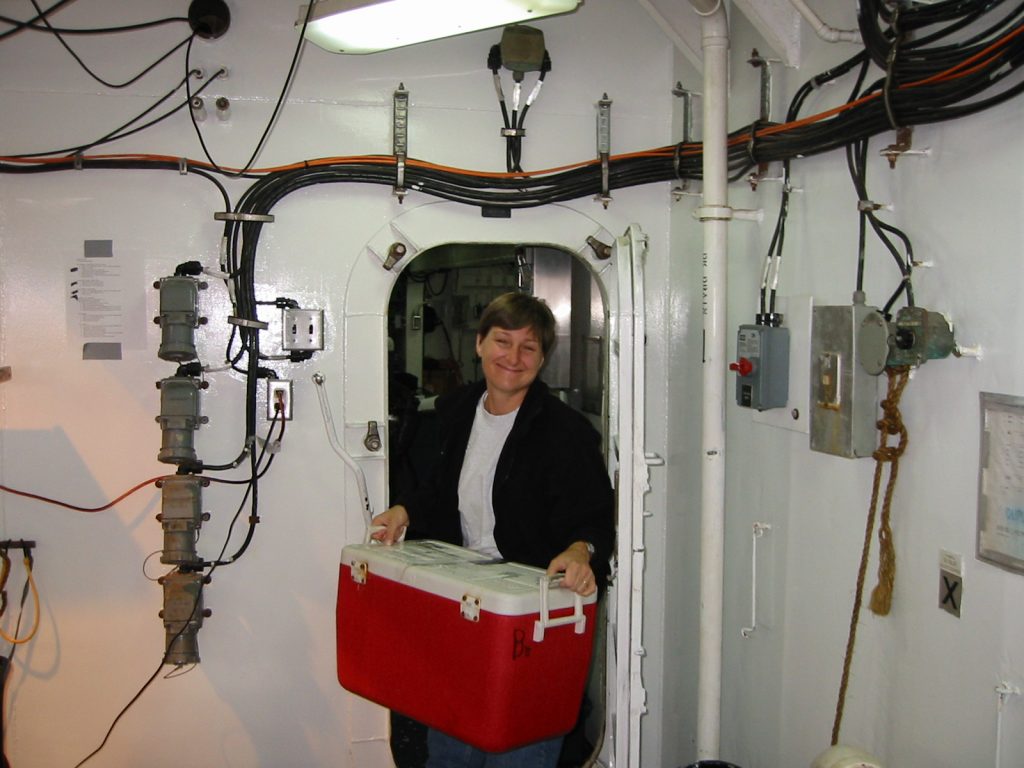 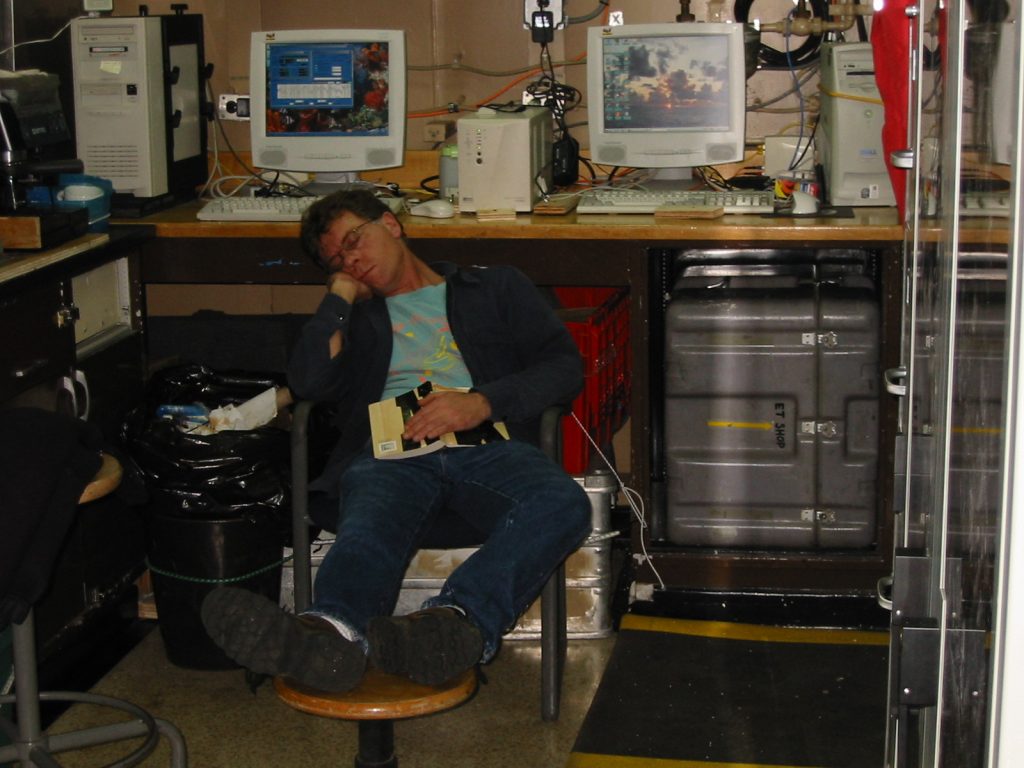 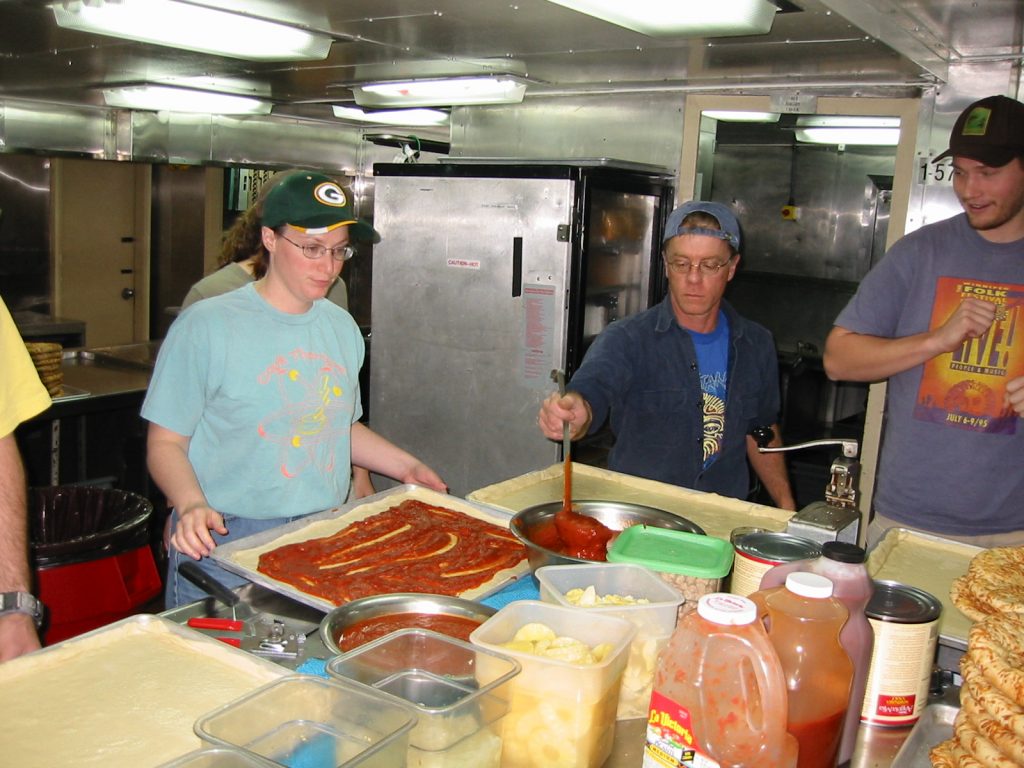 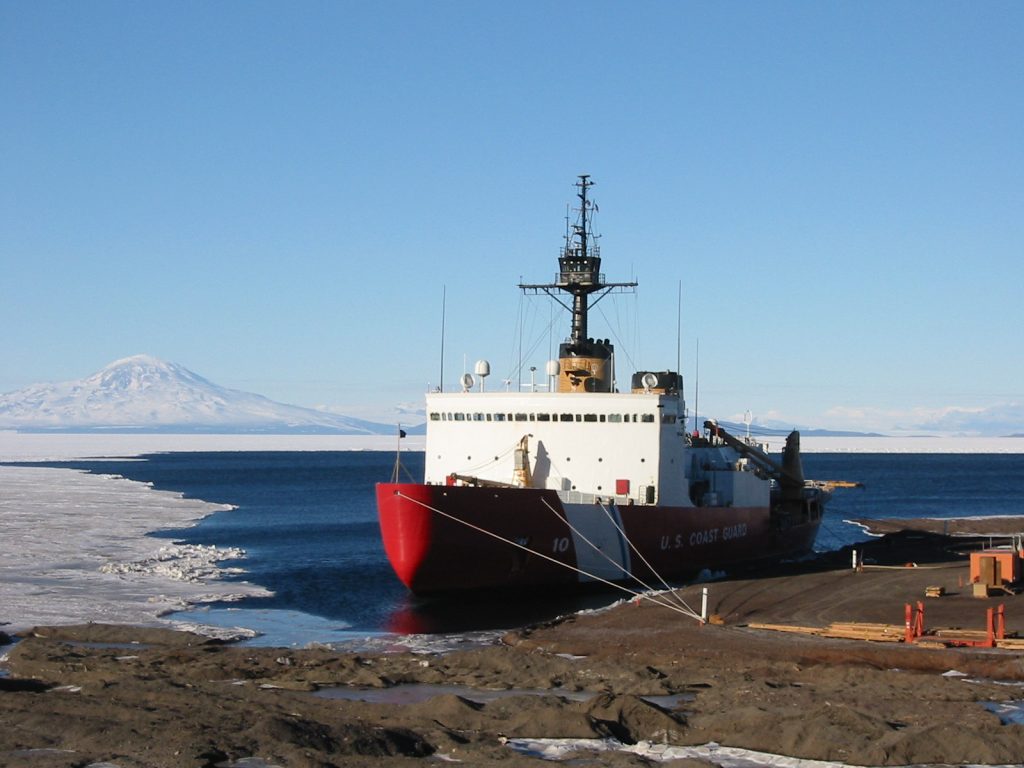