Ocean Exports is a large-scale NASA program with the goal of quantifying the export and fate of upper ocean net primary production using satellite observations combined with ground-truthing in the ocean.

2020 was to be a momentous year with three (3!!!) ships deploying to the Porcupine Abyssal Plain (Station PAP) in the North Atlantic. The r/v Atlantis (WHOI) and r/v Discovery (UK) were to hold EXPORTs scientists and technicians, while a third ship, the r/v Samiento (Virgo, Spain) was to bring scientists to study aspects of the Twilight Zone in the same area. Unfortunately due to the Covid-19 situation in the spring when we were to deploy, this project has been put on hold! Updates to come as they are available.

In August 2018 two ships (r/v Revelle and r/v Sally Ride) departed Seattle to survey and sample across a small area off the coast. This large project involved immense coordination with 16 lead scientists and many associated researcher, technicians, students and post-docs.

Whew, what a title! This project uses our tried and tested method of using the particle-reactive tracer thorium-234 to quantify the spatio-temporal variability in particle flux from the well lit surface layer to the depths of the ocean.

You can read more about this proposal HERE

Another long one. This project is led by Meg Estapa at Skidmore College (former Post-Doc in Café Thorium!). This project attempts to understand carbon sinking in the ocean by collecting particles using traps. The Neutrally Buoyant Sediment Traps, originally designed and used with VERTIGO project will be used to trap particles to study sinking rates and composition of the particles.

You can read more about this proposal HERE

The first of two ExPORTS cruises was a HUGE Success! The cruise circled around Station Papa in the North East Pacific 2018 from August 9 to September 13.

This research has been funded by NASA. 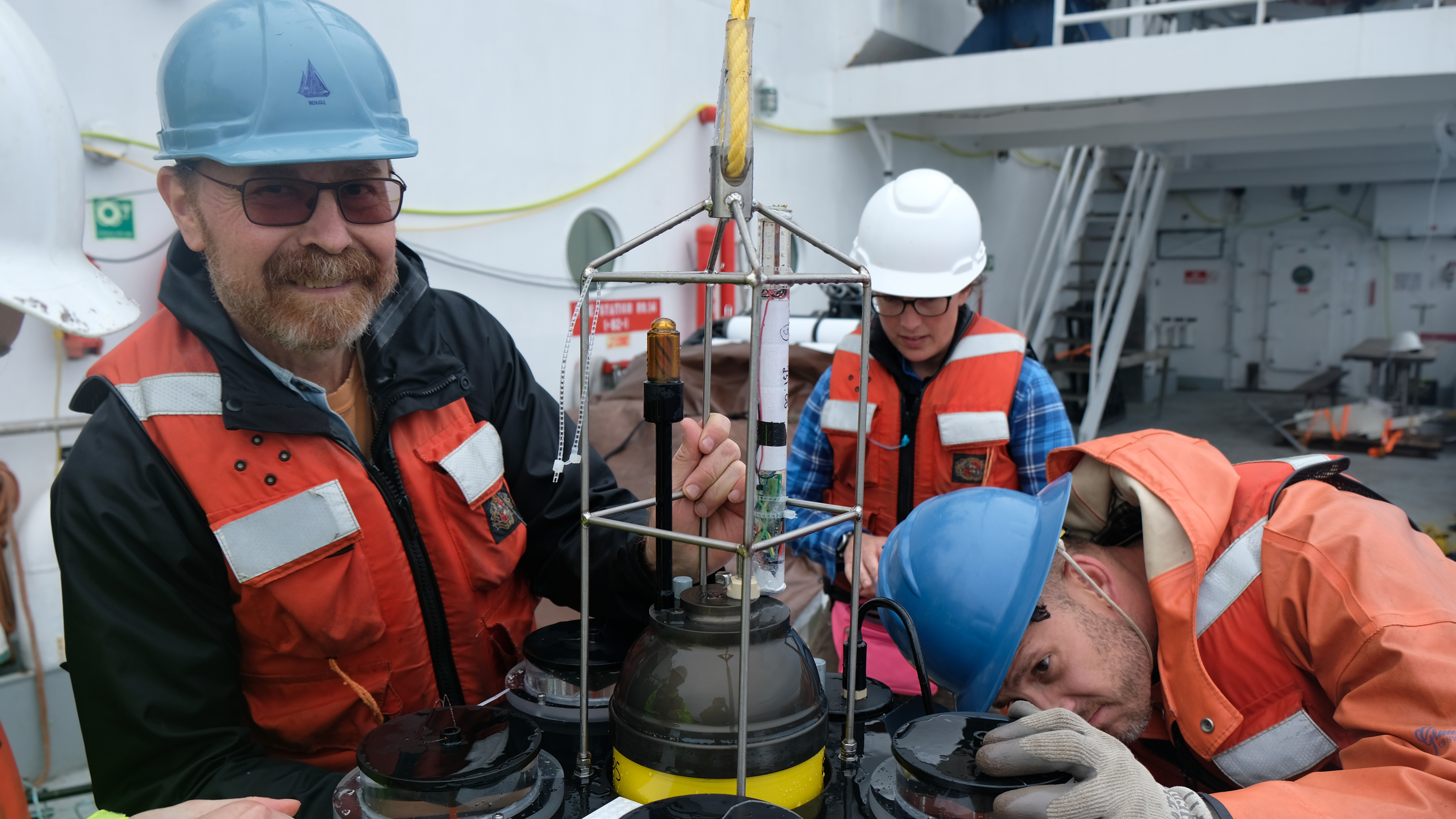