Observation is fundamental to understanding global change. Atmospheric changes impact marine ecosystems and the atmosphere is influenced by ocean physical and biogeochemical processes. Many impacts and feedbacks on climate change are associated with the tropics. For the ocean’s role as a C sink, upwelling and high productivity regions in the western Atlantic off Africa are of particular importance. 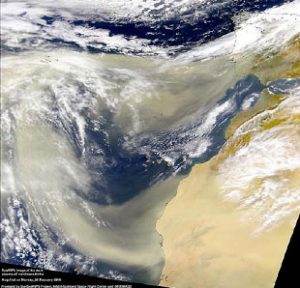 We are at an exciting moment when a new ocean and atmospheric time-series program is being established on Cape Verde Island (16°N 24°W). European colleagues have initiated the launch of “TENATSO”, the Tropical Eastern North Atlantic Time-Series Observatory. The TENATSO site is situated in one of the dustiest ocean regions, so it is an ideal site to be looking at dust input to the ocean and transport of mineral particles through the ocean twilight zone. We are also interested in the supply of iron to marine surface waters. The question of iron supply to the ocean and the balance of vertical vs. horizontal sources remains a key unresolved question in our understanding of ocean productivity and possible climate induced changes to the Fe and C cycle. TENATSO website (in German)

A WHOI Ocean and Climate Change Institute Institute proposal was also awarded to Ken Buesseler and Jim Valdes to join with Cape Verde scientists on their new research vessel, the R/V Islandia for sampling. 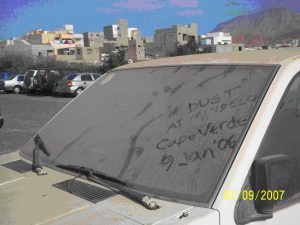 SIRENA is a "what" and not a "who." It's the acronym for Sources of IRon into the EasterN tropical Atlantic, a project investigating the influence of the continental shelf margin as a source of iron to the open ocean. It includes sampling near Cape Verde, including the TENATSO site. It also includes collaboration with scientists in the Instituto Nacional De Desenvolvimento Das Pecas (INDP). We used a multi-tracer approach to tease out the contributions from dust vs from the margin. The fun started in August 2008, when we tagged along with Ed Boyle from MIT on a trans-Atlantic transect. The fun continued in September in the waters between the Cape Verde Islands and the Mauritanian coast in the Eastern tropical Atlantic. This is a region that is heavily influenced by dust deposition from the Sahara, but we think that the margin might be an additional source of iron that is advected out laterally, so this cross-shelf transect is designed to test just that. These measurements will be conducted on the R/V Oceanus, which will be home for about 40 days! We'll go back to Cape Verde the winter following to see whether seasons make a difference. SIRENA is supported by the Chemical Oceanography program at the National Science Foundation (#0726367)

Data from this project can be downloaded at https://www.bco-dmo.org/project/2103
This includes the following:

We gratefully acknowledge the support of the U.S. National Science Foundation. 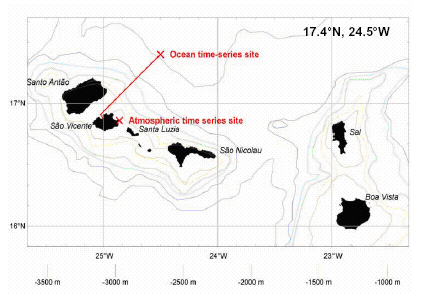 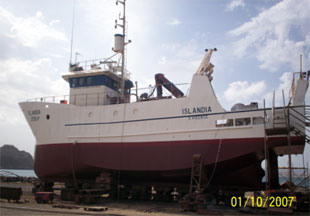