Below the sunlit surface, there’s a realm known as the ocean's “twilight zone.” At 200 to 1000 meters below the surface, sunlight is barely a glimmer, yet flashes of bioluminescence give us a clue that these waters teem with life. Through a new initiative of the TED foundation, the Audacious Project, WHOI has received funding to explore this vast and unexplored region of our oceans. Ken, and others, will be working over the next few years to develop technologies and scientific methods to explore this difficult to reach area. Highlighted below are some news from Cafe Thorium. Please see the WHOI Ocean Twilight Zone webpage for more information about the project. See below for more information on how Café Thorium is contributing to this project.

Recently (May 2021) the team embarked on an unprecedented 3-ship excursion in the North Atlantic in conjunction with the EXPORTS project. Read about their rockin' and rollin' adventures HERE where you can "Dive and Discover." A specific entry by Ken Buesseler "Our Three Hour Tour" is also featured on the NASA Exports page.

Café Thorium will be addressing how carbon behaves in the ocean. Understanding how Earth will respond to increasing carbon dioxide emissions is arguably the most significant scientific question of our era. Changes we are already witnessing, plus likely pressure from commercial fishing operations, will affect critical twilight zone processes that move carbon from the surface to deep waters where it is sequestered for hundreds or thousands of years. Our goal is to unravel controls over the flow of carbon through the twilight zone to improve predictions of how climate change will play out there in the future.

An explosion of new technologies is revolutionizing oceanography and providing unprecedented access to once inaccessible places such as the twilight zone. We plan to use and extend these technologies, including autonomous robots, remotely operated vehicles, autonomous floats and profilers, and the sensors they carry, to address key questions about twilight zone biomass and biodiversity, food web dynamics, animal life history and behavior, and carbon cycling and climate connections. We also aim to link these tools into an “underwater internet” that will help inform scientific exploration, public engagement, and policy decisions. 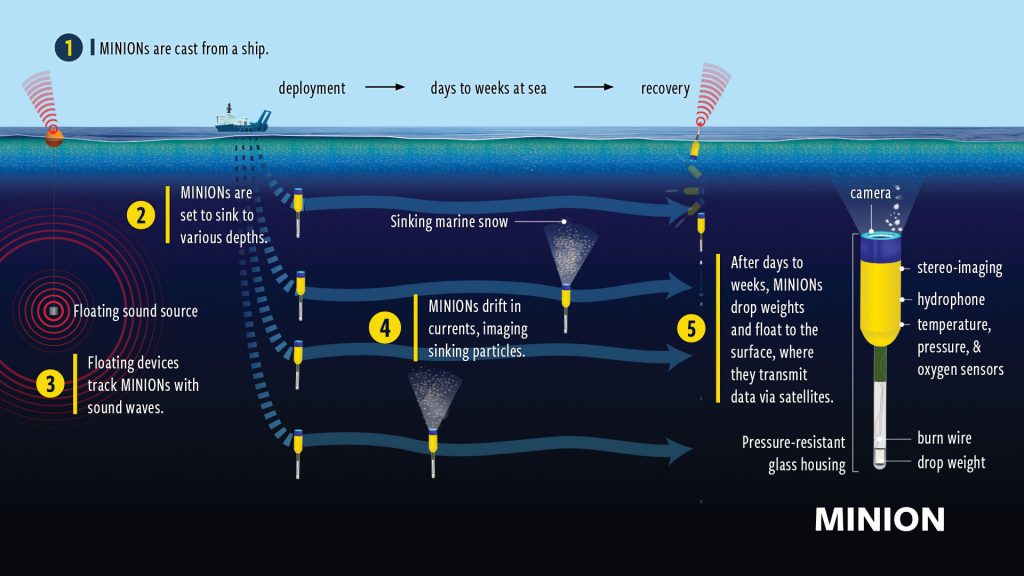 In a project led by Melissa Omand (U. Rhode Island), Ken Buesseler has been collaborating on the development of  MINIONS. These are small, inexpensive devices that can be deployed by the dozens at sites throughout the ocean twilight zone to take pictures of falling carbon particles, what we refer to as marine snow. A MINION, short for MINiature IsOpycNal floats is a small, neutrally buoyant float. Each is carefully ballasted to sink to a specific depth in the ocean, where it will drift along with the currents, taking pictures of marine particles as they fall past the MINION and through the twilight zone into the deep ocean.

Read more about MINIONS on their FIRST real open ocean deployment in the North Atlantic: Small but mighty Minions. Another article from WHOI magazine Oceanus can be found here: Chasing Ocean Snowflakes, Oceanus, March 7, 2019 OR Watch the video below!

More information on Melissa's work can also be found here: https://momand7.wixsite.com/omandlab/platforms where she has brief descriptions of Minions and other technologies used in the Omand Lab.

Minion Robots in the Ocean 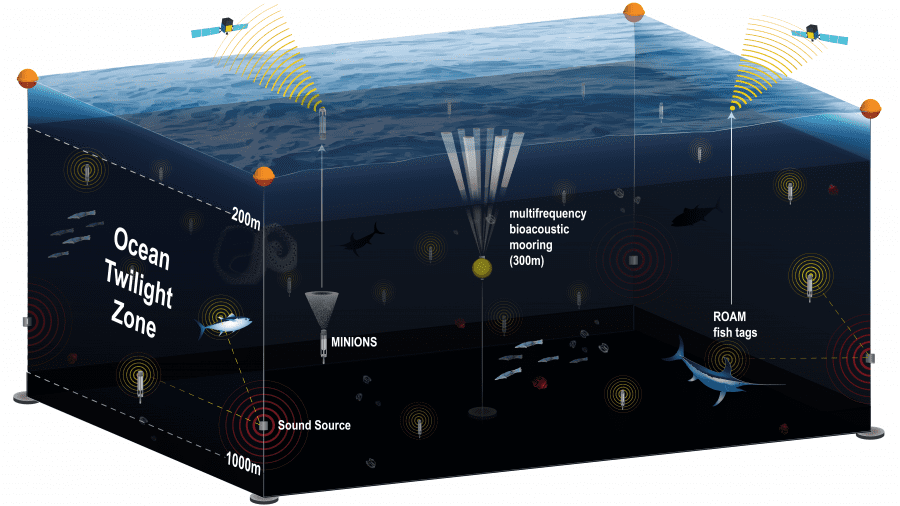 Why are we studying the Ocean Twilight Zone? Watch WHOI Researcher Heidi Sosik present at TED.

This project is funded under a unique model called the Audacious Project; a new model to inspire change.

Nature Comment: The oceans’ twilight zone must be studied now, before it is too late: Exploitation and degradation of the mysterious layer between the sunlit ocean surface and the abyss jeopardize fish stocks and the climate 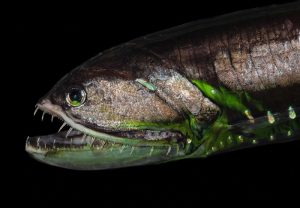 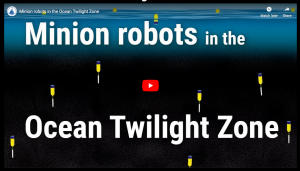 Read the fully Oceanus special Edition about the Twilight Zone. 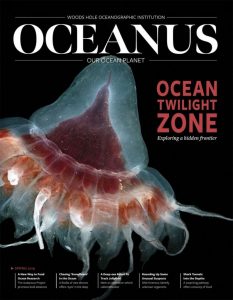 This project involves many researchers at WHOI, URI and Elsewhere. More information about each can be found by scrolling down on the following webpage: https://twilightzone.whoi.edu/our-bold-ideas/

Cafe Thorium is working specifically with Melissa Omand at URI on the development of Minions!